A MOTHER'S SEARCH FOR HER SON 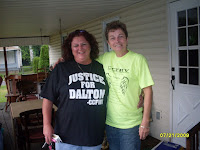 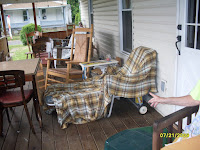 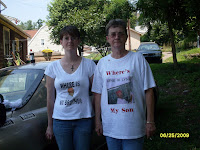 One of the many things we do at the CCFHV is try to keep up withh the cases we have. We keep in contact with the families and let them know what we are doing. Catching up with Gene Lysle's mom, Sherryll Jackson, has been challenging. She works at a little diner in Wellsville, she has her family she cares for, and she searches for Gene herself. She has a small team that helps her (Karen, Gloria and Mary). In one of the pics posted you see see Sherryll scanning through her file. Like all the other family members, she too has her own file about Gene. 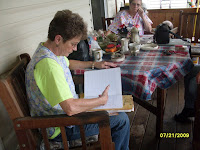 Sherryll could be a detective, she has done so thorough a job at looking for her son. She went up to the area where the concert was that Gene had attended. She hung flyers everywhere she could. She tried to determine what different routes Gene could have taken home. She has contacted fire departments, hospitals, Departments of Human Services in several counties, even morgues, checking for John Does that might be Gene.
She has two theories. Either her son has been murdered, or he has amnesia. She has even investigated the amnesia aspect of her sons disappearance.
She talked about going to Star Lake Amphitheater and asked them to check their security cameras for that day. Unfortunately, she was told that the cameras do not work. There was no footage.
She went to every bar in East Liverpool asking about her son. She called hospitals, jails, they walked the highway between East Liverpool and Wellsville. She put a reward in the review in an effort to find her son. $5000 for the location of Gene Lysle.
She told us how, any place he was in his life, he would always contact her, even at a time when he was in jail. He never forgot her birthday. He has not contacted her since the day she dropped him off to go to the concert.
In one of the pictures above you see a lounge chair. It is on Sherryll's porch. she said Gene spent many nights sleeping on that lounge chair, on that very porch. Belinda and I understood why. She has the nicest porch. It is large and comfortable and very welcoming.
Again, like the Williams family, Sherryll has never given up in her search for her son. If she can't get the police to run down a lead that she gets, she does it. She has been in situations where she was afraid because of an area she ended up in due to her efforts to track him down. But she went any way. She knows that her son is out there some where. She isn't going to quit until she finds him.
If you have any information about Gene Lysle, please contact the Wellsville Police Department.

I think the more you use names of accusers the more it will bring answers,,,,,,

Tiffani Dalston Mother: If you were a good mother, you would have got the Hell away from jc the first time there was trouble,But no your son had to die to get you away, also what does your family have to comment?
lastly why don't you Tell the whole storie so everyone knows all your facts.

PS: My heart is with Dalton

Thanks Belinda and Kim for a very well written interview from our ramblings.We'll try to keep Gene's story out until we finally get answers.