Amato case to be heard Friday 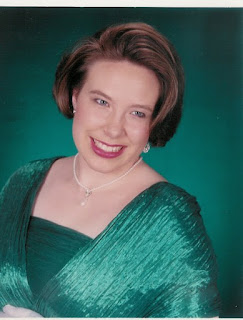 I cannot believe that this is even happening! Where are Tonia's rights in all of this? J.C. has been given every opportunity available and there has most certainly been bias in this case. Tonia's family agreed to the terms of Manslaughter, and now, even now, that isn't good enough for him. J.C. is an upstanding citizen? Give me a break! He is a danger to others. Law abiding citizen??? I don't know a lot of "law abiding citizens" that not only murder their wife but also believe it is okay to make pipe bombs in his house!! Tonia is no longer here to defend herself and I will be so ashamed of Columbiana County if he gets Community Service. Enough is enough is ENOUGH! Tonia was murdered and her family has the absolute right to expect that he will be punished for his crime! Why don't we just put him in "Time Out" and be done with it??? Are you kidding me?????
By MARY ANN GREIR (mgreier@reviewonline.com)
POSTED: March 4, 2010
t
LISBON - Jack "J.C." Amato Jr.'s attorney filed paperwork Wednesday suggesting community control could be granted for the voluntary manslaughter charge against his client based on the evidence, even though the plea deal calls for five years in prison.
"I just want the court to understand that they're not bound by that joint recommendation," James Hartford said when contacted by phone.
Amato, 38, will face sentencing Friday for causing the death of his wife, Tonia, at their Wellsville residence on July 1, 2007. He told investigators he shot her in self-defense with a .45-caliber handgun after she fired a shot at him with a .22-caliber handgun during an argument.
He was originally indicted for murder, which could have meant a sentence of 15 years to life, but pleaded guilty in January to the reduced charge of voluntary manslaughter, along with a gun specification.
As part of the stipulated deal, both the prosecution and defense will recommend five years for the manslaughter and a mandatory three years for using a gun for a total of eight years.
Judge C. Ashley Pike of Columbiana County Common Pleas Court must sentence Amato to the mandatory three years for the gun specification and can consider a sentence of up to 10 years for the manslaughter, which means the maximum Amato could face would be 13 years.
A third-degree felony charge of having weapons under disability related to alleged chronic alcoholism will be dismissed. The prosecution will recommend credit for time served for a separate weapons indictment from September 2008.
Hartford said the defense team will stand by the recommendation, but they're asking the court to consider the sentencing memorandum and the mitigating material they've laid out for him.
The 10-page document with 50 pages of defendant's exhibits attached outlined what the defense claimed the evidence would have shown and openly criticized the investigation by referring to a "hopelessly compromised crime scene" which had as many 26 different people crossing through it over two days.
The document also claimed physical evidence was photographed but left at the scene on the day of the shooting. The bullet investigators claimed killed the victim didn't match the gun handed over by the defendant, leaving some questions.
According to the memorandum, the evidence indicated "the victim acted in inducing the offense" and "Mr. Amato was acting under strong provocation." They also claimed there were grounds to mitigate his actions, although the grounds may not have been enough for total self-defense to the voluntary manslaughter charge.
In a recitation of the facts of the case, the memorandum said the victim was found face down with a small semi-automatic pistol resting under her right hand with the hammer back and her finger touching the trigger. In her left hand was a Bursamatic propane torch. Gunshot residue was found on her right hand. A .22-caliber bullet casing was found near the victim which investigators determined was fired from the gun in her hand.
Hartford pointed out that Amato said from the beginning that he shot his wife in self-defense. A world renowned shooter by the name of John G. Sayle penned a letter to Pike dated March 1 which was attached to the memorandum explaining that Amato was trained in defensive pistol shooting and capable of shooting someone in the head in seconds in a life-threatening situation. He described it as a "reflexive reaction."
Hartford said some of those factors supported the argument that Amato's conduct was less serious than the conduct normally constituting the offense of voluntary manslaughter, opening the door for community control. He also said the pre-sentence investigation shows he led a law-abiding life up until the shooting.
"The factors in this very difficult matter for both sides lend support for a measure of leniency in the treatment of Mr. Amato by this Honorable Court," Hartford wrote.

Posted by Belinda Puchajda at 10:13 PM

Belinda,
Thank you so much. We are horrified at the turn of events. Our concerns are for the people of Columbiana County in the future. We never imagined that this would be happening the day before we can finally put our legal nightmare behind us. We are praying that Judge Pike can hold his head up high and proudly represent the people that elected him. We are praying that we can hold our head up high knowing that we have done everything we can to honor our daughter's memory and wishes. God Bless you!