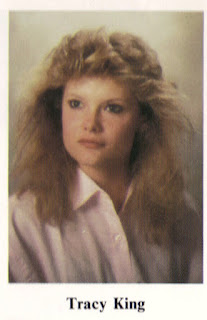 
LaCROFT - A press released issued Friday by Liverpool Township Police Chief Charlie Burgess suggests a body found in a creek Thursday near what is known as Coal Hollow in LaCroft may be that of Tracy D. Knoblock, 40, of Seventh Avenue, who was reported missing July 24.
Liverpool Township officials responded to the area Thursday afternoon after receiving a call that a body was found in the remote location off Park Place.
According to the release, Burgess was first to arrive on the scene and was met by a family member of Knoblock. The woman was reported missing two days after she had not been seen by family members.
The release indicated family members, friends and law enforcement had intensified search efforts in the past few days in order to locate Knoblock. The family member was at the Coal Hollow location for that reason.
The Columbiana County Coroner's Office, Liverpool Township Police, Columbiana County Prosecutors Office, and agents from B.C.I. & I were on the scene until approximately 10 p.m. Thursday, according to the release.
The Coroner's Office of Cuyahoga County is performing an autopsy on the body, and no time frame has been set for return of preliminary findings, the release indicated.
The police department is continuing to investigate the death.
"I will not speculate the cause of death or comment on the findings until the preliminary reports are concluded by all agencies involved in the investigation," Burgess stated in the release. "However, at present it does not appear that foul play is involved."
Posted by Belinda Puchajda at 4:04 PM

She is beautiful!
SO SAD!