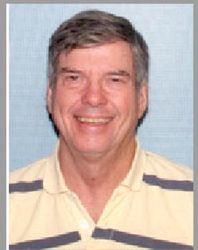 LISBON - The death last fall of Gerald Klusch has been officially ruled a homicide, with two gunshot wounds to the head from an undetermined range listed as the cause.
Sheriff Ray Stone said his department has been investigating the case as if it was a homicide since Klusch's disappearance in September. The official ruling will not change the investigation which continues to be ongoing.
Besides continuing to work with family members, Stone said investigators are waiting for results from the Bureau of Criminal Investigation and Identification. The sheriff's department had BCII investigators collect evidence from Klusch's pickup truck, which was found damaged and with blood inside the bed on Beacon Light Road the day after his disappearance. BCII was also given Klusch's clothing which was found with his body, and his wallet, which was found near the body with Klusch's identification and credit cards still inside.
Klusch's body, which was recovered on Nov. 18 in a wooded area off Hazel Run Road near Salineville, had been sent to the coroner's office in Summit County for examination. Following the results from that investigation, Columbiana County Coroner Dr. William Graham signed the death certificate listing homicidal penetrating gunshot wounds (2) of the head as the cause of death.
Klusch, 71, of U.S. Route 30, Lisbon, was last seen alive by his employee Matt Bailey when Klusch dropped Bailey off at his home on Dungannon Road on Sept. 29.
djohnson@mojonews.com

Posted by Belinda Puchajda at 1:49 PM

More information about Gerald Klusch and this case can be found at www.findjerry.net

This is very tragic. I hope the culprits will be caught so Gerald Klusch will have the justice that he deserves. I feel so sad for the family that he had left behind.

I hope that Klushch receives the right justice. The family must have suffered a lot from this incident. I hope that justice will prevail.

I join the family of Gerald Klusch in praying for justice. They may not have received proper nod from the decision's court, but concerned people like us will always follow his case until it receives proper justice.

Every individual deserves a justice even if you're one of the most criminals in this world. I hope that Gerald Klusch will receive justice on what had happened to Him.

I am so sorry for not only the loss of Gerald but the unanswered questions as well. I am concerned about the recent unsolved animal abuse cases in the area, I wonder if the same person isn't involved with this case? I pray the family gets the answers they need and the person responsible are caught.

I pray that justice be served at the soonest possible time for Klusch. Whatever the reason was for doing what they did to him, it is and will never be justified by his death.

Are there any updates regarding the investigation of Klusch's death? I'm hoping that Klusch will soon have justice.

Klusch's death must be given justice and I hope it would be given fast. It is unfortunate that some cases like this that already pass by a long time are just forgotten even without it being resolved. medical malpractice lawyers

This must be a very difficult time for his family. I am hoping that officials will do their work and bring justice to Klusch and his family.

This is so doleful. I hope justice can be administered to him and his family soon.

I've handled several car accident cases a car accident lawyer in Oorlando but I must admit that handling a homicide case is one of the toughest. It deserves careful investigation and analysis, so that the victim will receive the justice that he deserves. My condolences to Klusch and his family, and may justice be served as soon as possible.

Sometimes I wonder how a personal injury lawyer in Toronto would handle this case? Homicide will always be a hard case to handle since it requires careful investigation because there could be several possibilities that may have lead to the murder.

Just to answer an inquiry above, I think there was a great deal of focus, dedication and commitment for the toronto car accident lawyers who handled the case to completion.

This is a sad story. I hope they can bring peace to the lives of his family.